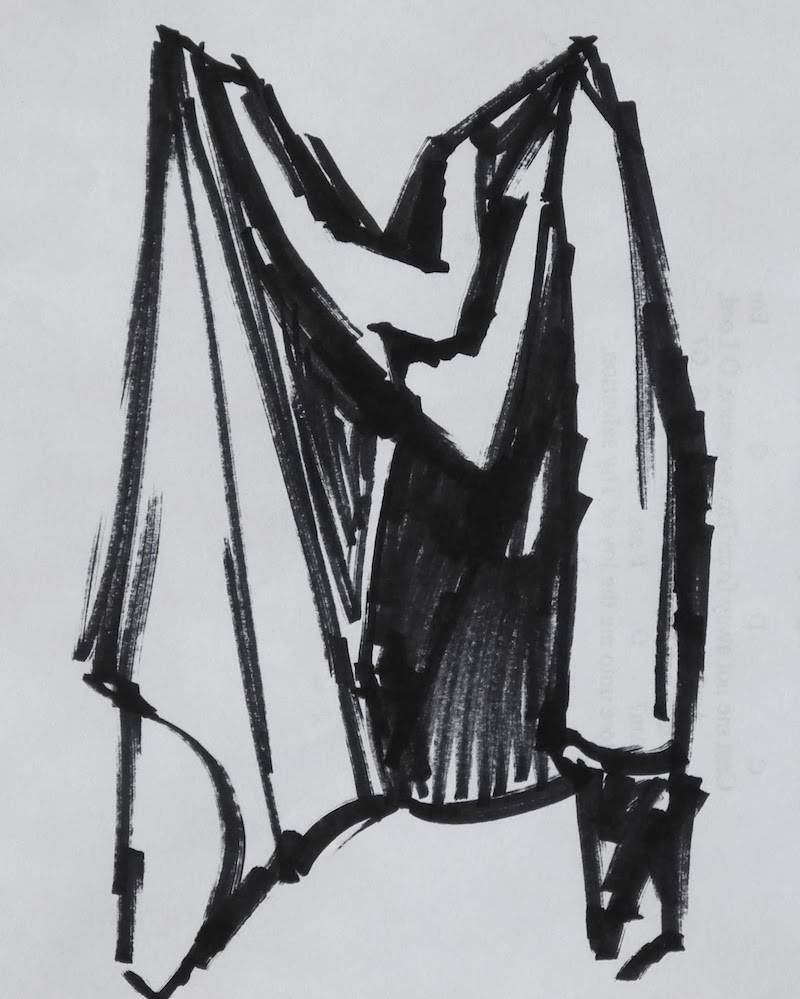 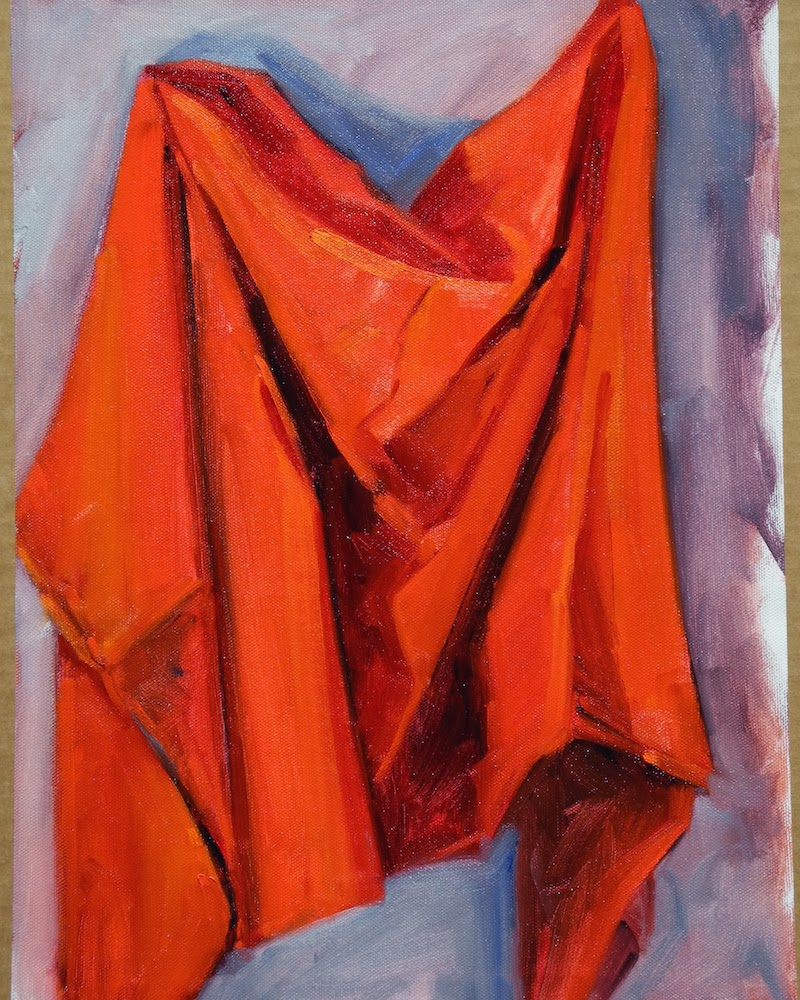 I confess, I have had a bias against "drapery" - probably from the tedious hours of drapery rendering that we did in college painting.  ZZZzzzzzzz. 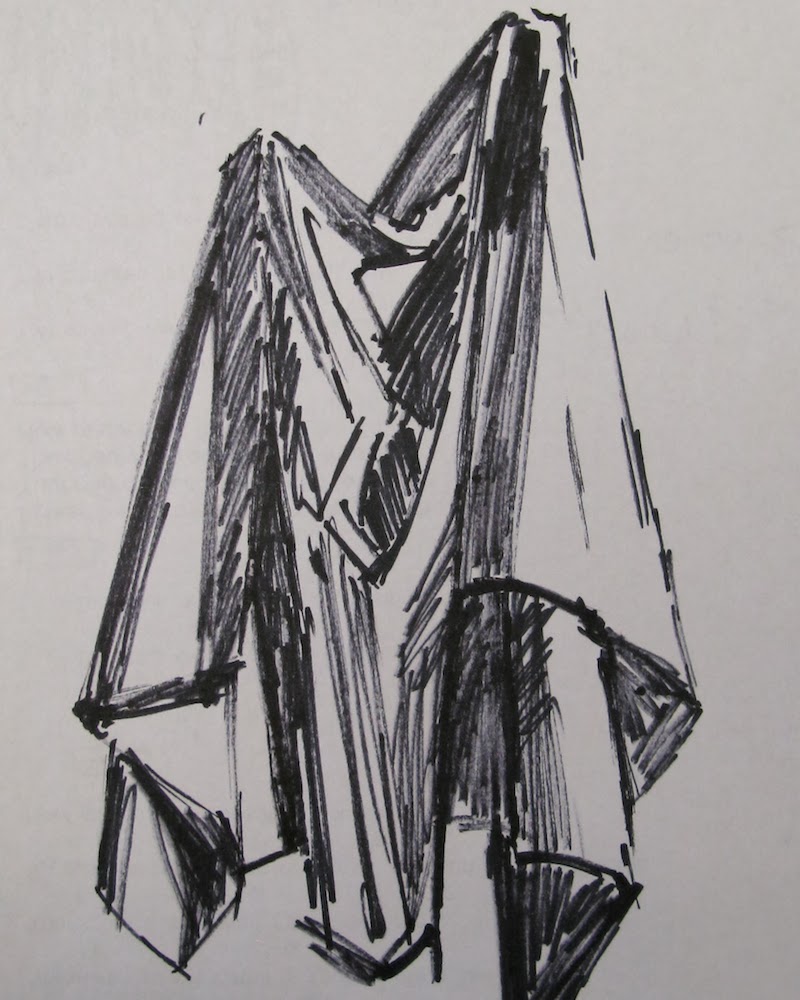 And when there are so many other fun things to paint -  drapery, for its own sake seems SO prosaic.
But, when a student made the request - I figured it was time.  In my on-line research I found: "The secrets to painting drapery" (it is still a secret),  "How to make elegant drapery",  "Understanding Drapery", etc, etc. 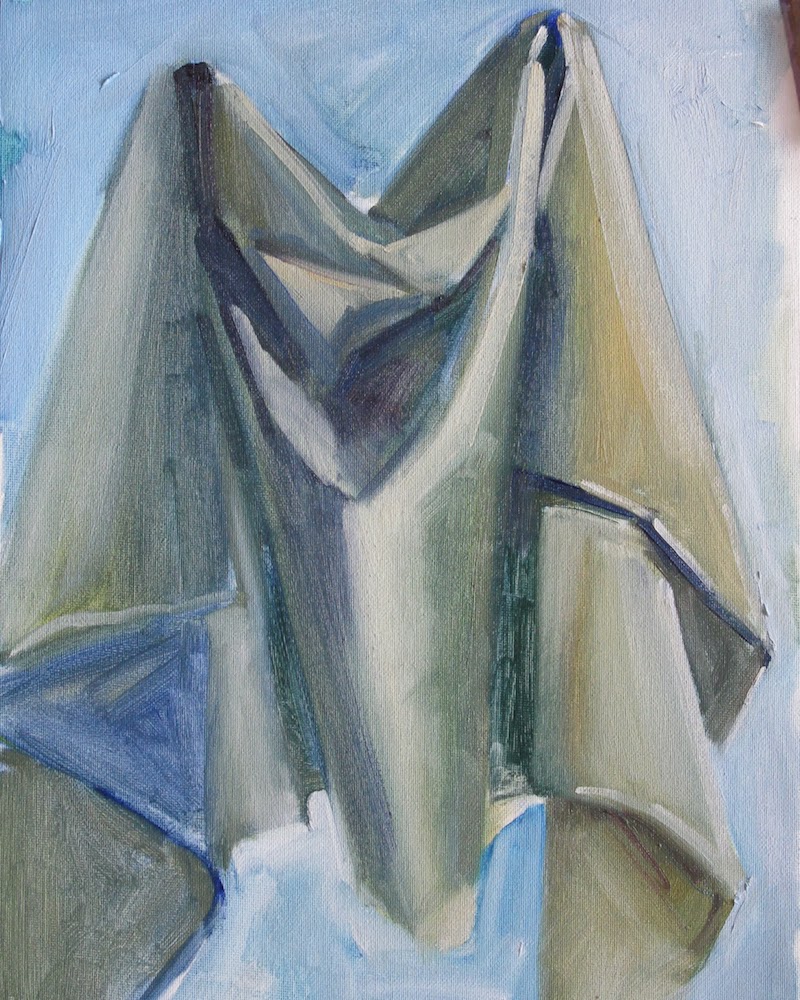 This is all good stuff but I can't believe "drapery" is so much different than anything else 3 dimensional that we are trying to communicate on a 2 dimensional plane.
It has to be about shapes.
The top/red drape is my first demo and I started with a Sharpie sketch to organize the big shapes.
It was hard. It was fun.
After class I began to look at books for painted drapery - classical and otherwise and when I pulled out a book on Michelangelo's Sistine Chapel- a light went on. I am sure that sounds pretentious . . . what can I say.
But, his drapery is so bold, so simple, so understandable. 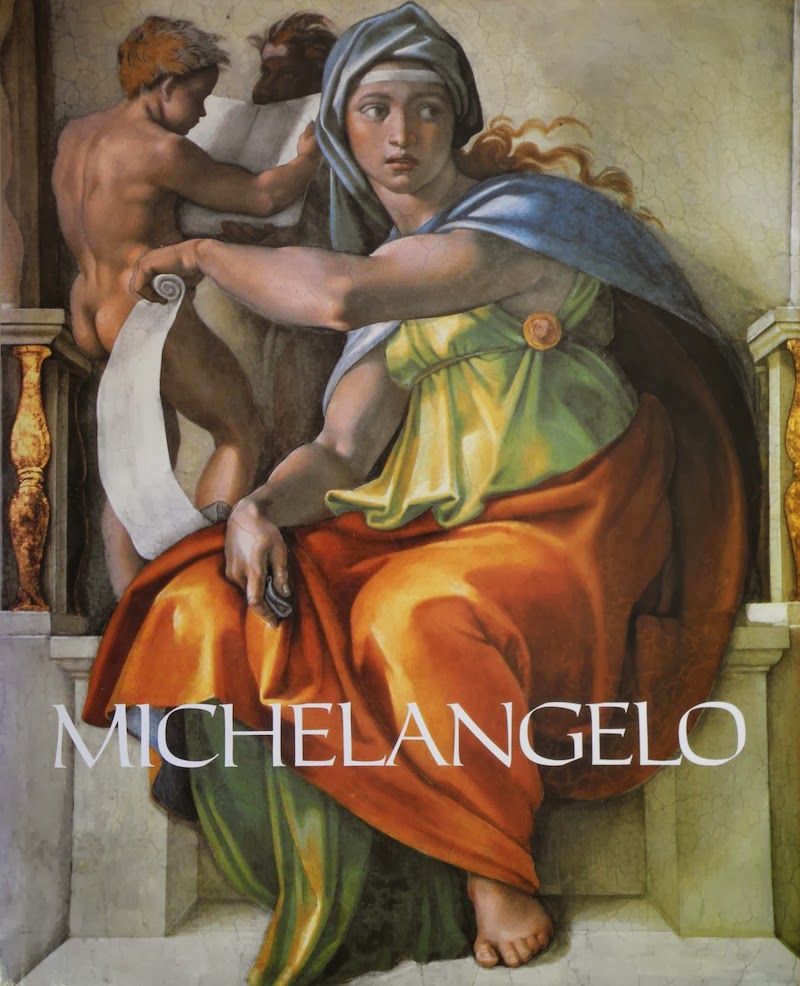 It makes sense, that a sculptor would paint drapery that was oh, so readable, and not tight or bogged down with minutiae.
This photo, from the book by Lucinda Hawkins Collinge & Annabel Ricketts, is what we studied in class.
I can't say we came up with any secrets to painting drapery but just looking at work from a master made a big difference. We all did stronger work in the second week.  It seemed to make real sense.
My second demo is the green one and even in its unfinished state it has more volume.
Thanks Michelangelo.
Posted by Pleinview at 3/07/2014 No comments:

At this time of year the landscape can be pretty spare in Colorado. Finding color in the neutral shades challenges me - and not in a way that I like- so as long as there is snow to be found I will be out in it.
Sue McCullough and I drove up to Rock Creek not too long ago, looking for deep snow and spent a PERFECT morning painting. Perfect means: temps over 10, no wind and a bright day with no cloud cover. Being out in the mountains on a day like that - I don't even care if the painting turns out to be a bomb; but as a rule  Rock Creek does not disappoint.  Just a short drive into the high country and you find every kind of view - short and long, with pine and aspen forests, majestic snow covered peaks, rocky canyons, and no sign of civilization. It is hard to go wrong. 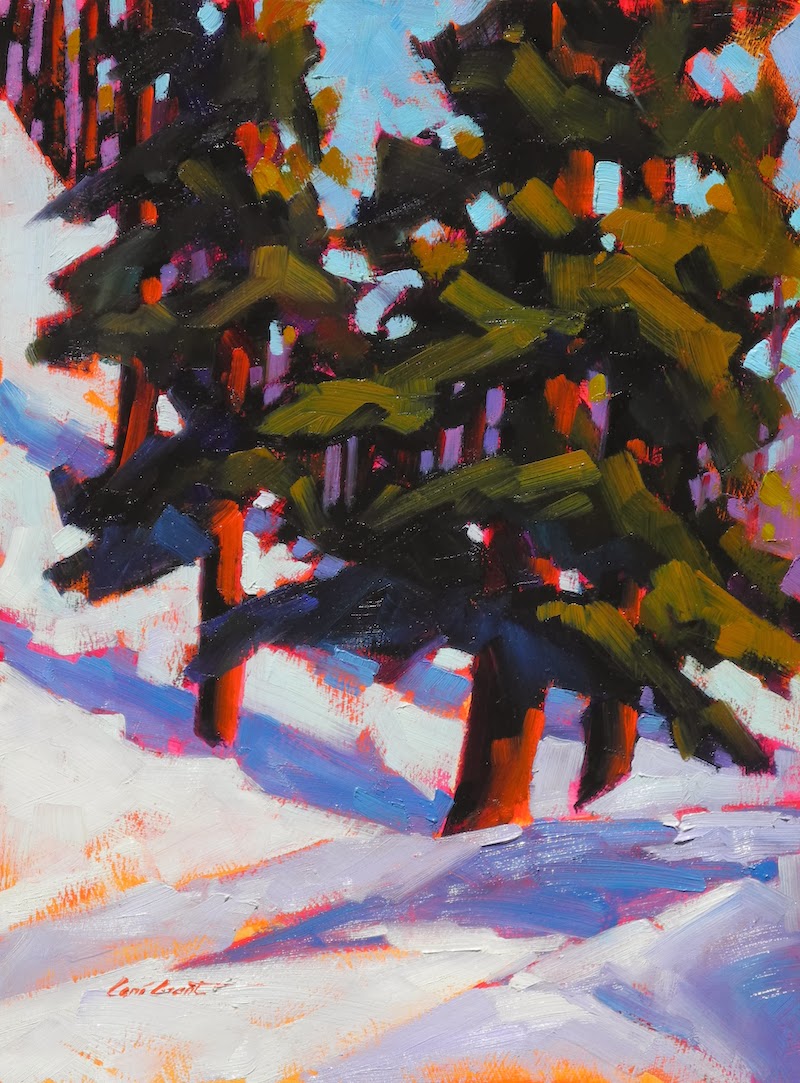 QUOTES
"Believe in your own mark making- You don't need to understand every mark - just make it, believe in it, trust it." Brian Atyeo
"Sometimes you have to play a long time to be able to play like yourself."
- Miles Davis
"When you go out to paint try to forget what object you have before you - a tree, a house, a field or whatever. Merely think, here is a little square of blue, here an oblong of pink, here a streak of yellow, and paint it just as it looks to you, the exact colour and shape, until it emerges as your own naive impression of the scene before you." - Claude Monet
"Solitude is the furnace of transformation." - Henri Nouwen